Difference between revisions of "Event cache" 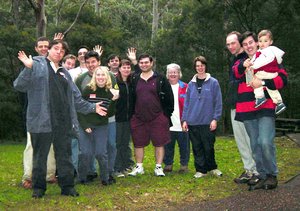 An event cache is a gathering of geocachers.

It might be an evening at the pub to discuss caching, through to major state or nation-wide events such as the Red Ochre Cachers Dubbo Gold Rush Weekend, 2005 or the Tasmanian Marco Polos Invasion.

There have been dinners as well, such as South Australia's Shankers Get-Together Dinner which have been well attended.

EcoDave listed an event for his wedding: I thought love was only true....

Event caches can also be listed to get people together for an adventure trip - Claustral Canyon.

Some of these events will be large, others small. They are open to everybody, but not everybody will be able to, or inclined to, attend every event in their area.