The 2006 GCA Licences were created by The Ginger Loon.

The front of the card displays the GCA Logo, the serial number of the card, along with the licence holders name and image. Images were either GCA Forum avatars or photos supplied by the cacher along with team logos, if required. The licence conditions were also stated. The cards were individually dated and signed by Iva Hiddenone, Controller-In-Chief 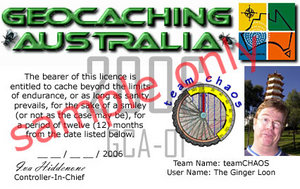 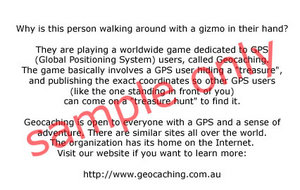