James Finger, President of Geocaching NSW on talks to Serpil Senelmis "The Weekend Warrior". (James starts at around 18:15)

Want to get your kids loving the outdoors? Try geocaching! by Amy Ahearn

AnneMarie White on Breakfast with Spencer Howson on 612 ABC Brisbane.

August 2014: "The Geocachers Guide to the Galaxy"

July 2013: Geocaching: Why EVERY Outback Traveller Should Get Hooked

February 2012: "The secret world of Geocaching"

September 2011: "Geocaching is catching on as modern treasure hunting" 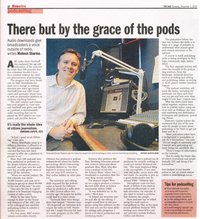 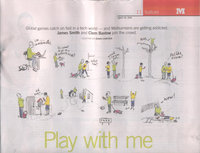