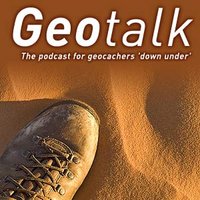 Geotalk is a podcast about geocaching, with a focus on Australia. The podcast is produced and presented by Spindoc Bob.

Each episode totals approximately 30 minutes and is released each fortnight (two weeks).

The podcast was inspired by Podcacher, which is produced by a husband and wife team from San Diego since March 2005.

Episode 1 was placed on the Internet on Saturday 11 November 2006. It included:

Since then, Geotalk has covered various topics and included interviews with a number of Australian geocachers. These include:

104 audio episodes were recorded in total.

The podcast was hosted by Liberated Syndication at http://geotalkpodcast.com/. This site is no longer current.

An archive of the Podcast has been collated and maintained by Team MavEtJu.